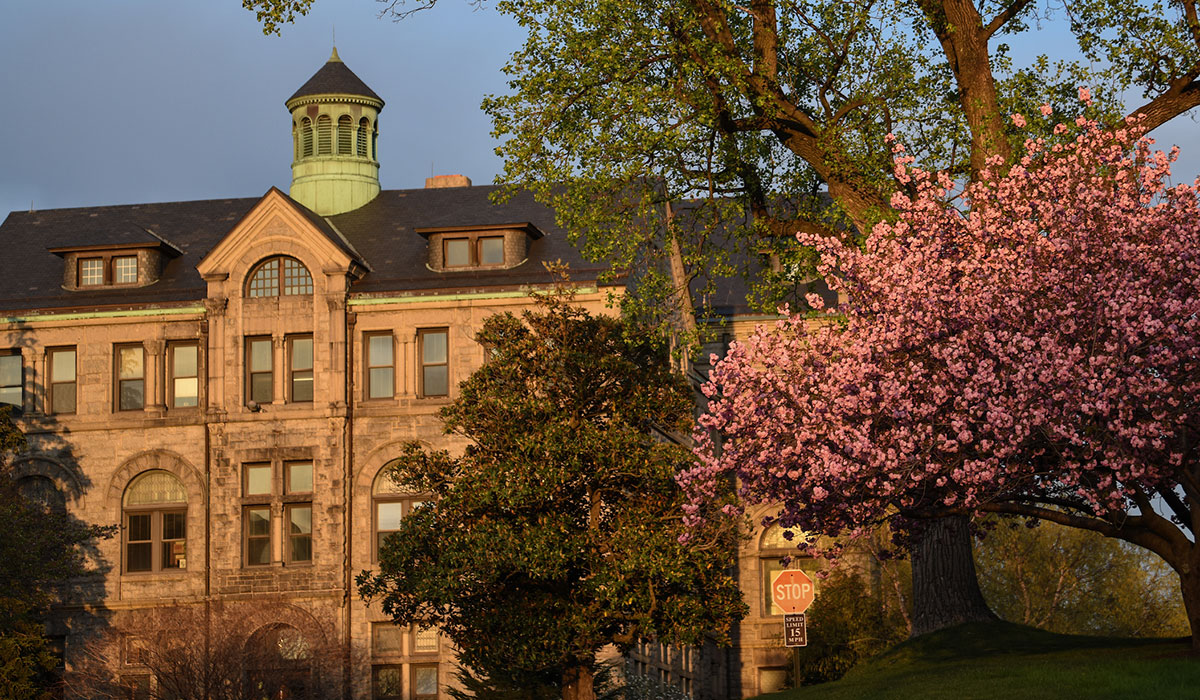 Catholic University has pledged to pursue a range of sustainability measures.

These measures are related to building energy use, green education, transportation, waste reduction, grounds maintenance, and reporting at both the local and national levels. These sustainability commitments are meant to empower and engage all Catholic University community members through realistic and attainable outcomes that will reduce our carbon footprint.

In Fall 2020, the University released a 5-year sustainability plan. The plan is inspired by programs implemented at similar higher-education institutions. The initiatives and actions listed in the plan are intended to generate positive environmental change, promote education and research, preserve resources, raise awareness, reduce expenditures, generate exciting dialogue, and create new Catholic University community engagement touchpoints. This Plan will have a beneficial impact on the University and the world.

Read our FY21 Progress Report to see how Catholic U has adopted and started implementing the Sustainability Plan.