The Catholic University of America is located in the Brookland area of northeast Washington, DC.  The University's business and mailing address is 620 Michigan Avenue, NE, Washington, DC  20064.

Not all buildings are accessible via public roads; therefore, the campus community must be mindful of locational addresses given out to visitors, ride-sharing companies, and delivery services.  For your pick-up or delivery address, please provide the closest building to you that has an address on a District of Columbia city street or one of the internal campus public access roads described below.  You will need to meet the driver there.

The University’s business/mailing address, 620 Michigan Avenue NE, is not assigned to any one building, but rather, that address is assigned to the main campus gateway entrance on Michigan Avenue, NE, where Seventh Street NE ends and University Drive, NE begins.  This vehicular entrance is temporarily closed while the new Conway School of Nursing is under construction. 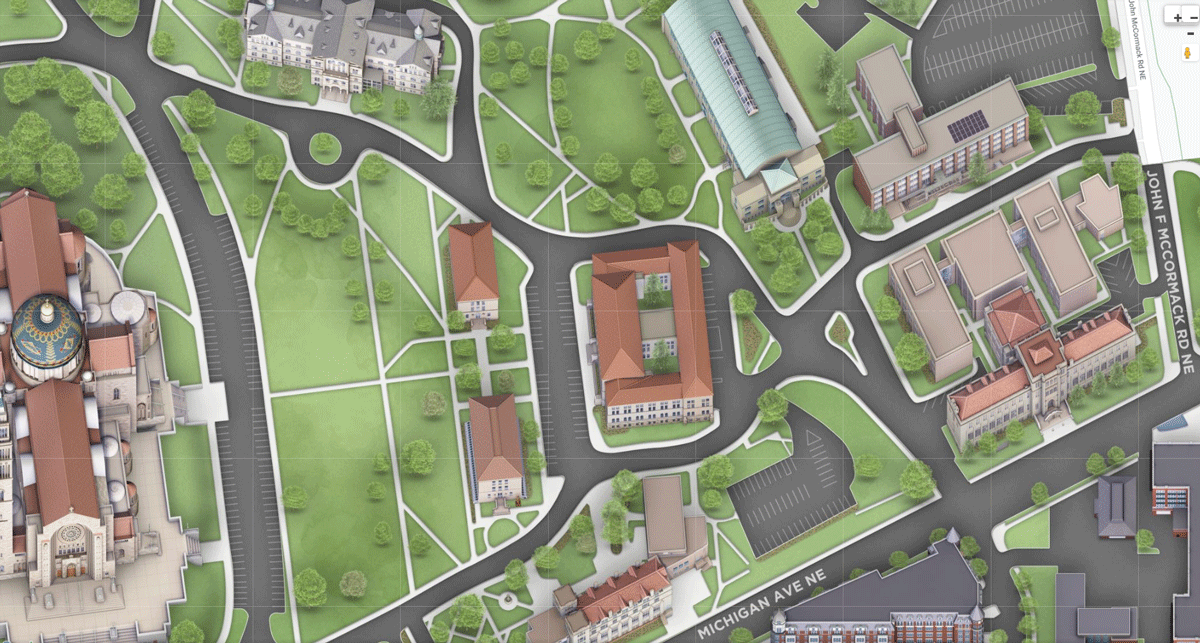