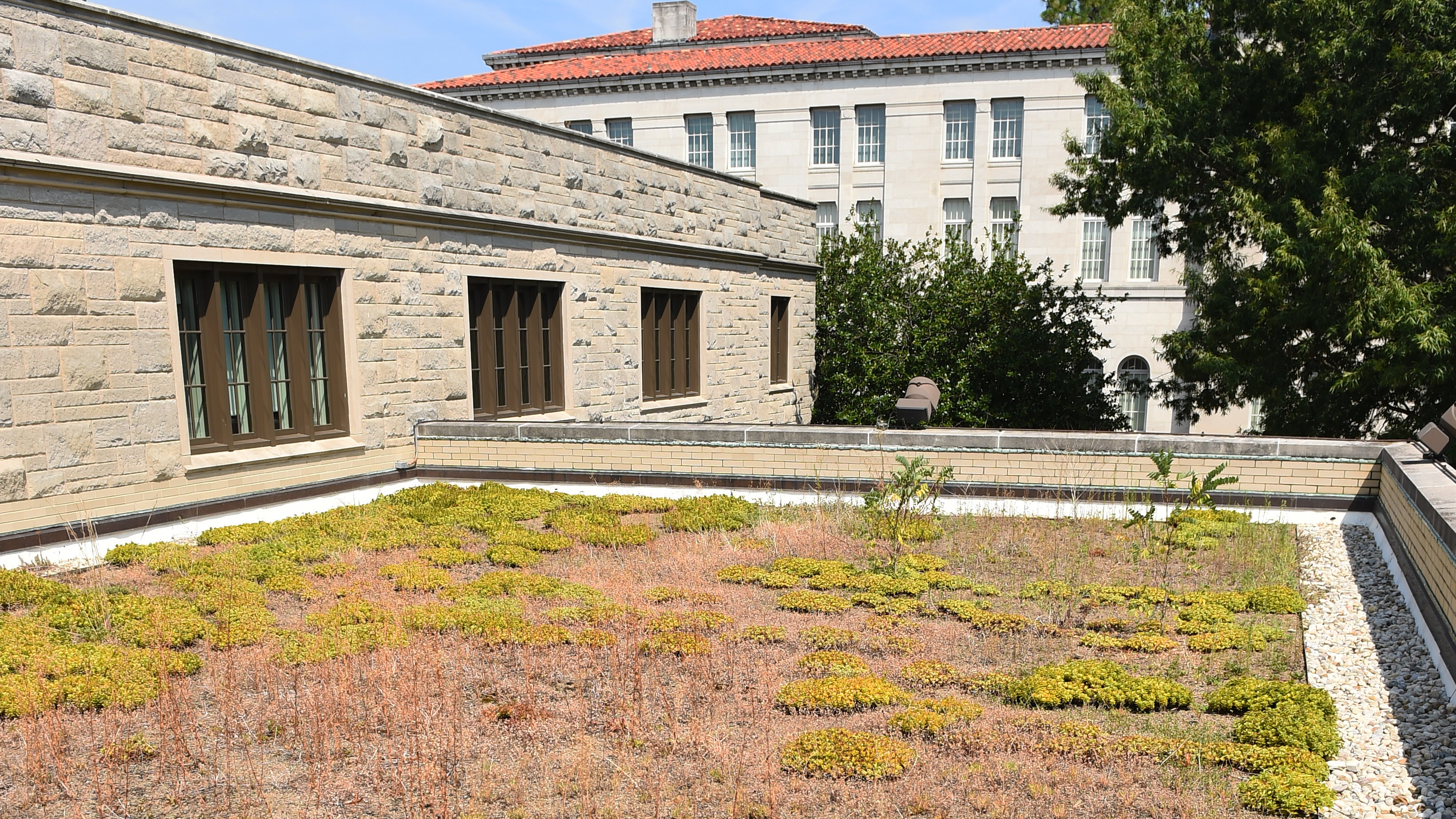 Catholic University of America focuses on optimizing water use on campus by implementing best practices to reduce potable water use and stormwater.

Even in buildings that are not LEED certified, Catholic U focuses on water efficiency. In 2020, the bathrooms in Flather Hall were upgraded to include more water efficient fixtures. The Power Plant also has a 15,000 gallon stormwater harvesting cistern and filtration system that collects rainwater for use in three cooling towers.

Flash flooding and waterway quality is a major concern in Washington, DC. To manage stormwater on campus, the University has more than 80 stormwater management devices. A stormwater management device is a structure or vegetated area that reduces the volume of water that reaches the District of Columbia sewer system as well as the number of pollutants carried in it. They can range from large structures, such as engineered ponds, to more discrete structures, such as underground tanks and landscaping along curbs.

Below is a list of stormwater management devices on campus.

In addition, the majority of campus does not have permanent irrigation. In the past 10 years, the University has moved away from permanent irrigation on campus for capital improvements. These changes were most notably implemented at Maloney Hall, the new Dining Hall, Father O’Connell Hall, the Angels Unawares Plaza, and Opus. In 2021, the University installed a new irrigation control system with an improved rainwater sensor. The sensor control will reduce the need for constant irrigation during rain events.

Water efficiency is in your hands!

Water efficiency is in your hands!